Visiting your dentist every six months can be quite intimidating, especially if you’re one of those people who have a fear of dental check-ups.

Putting your emotions aside, taking care of your oral and dental hygiene is important for your general health. To avoid irreversible damage that could lead to tooth loss, preventive measures must be taken. These include regular check-ups, scaling (to remove plaque and tartar), and fillings for treating cavities, minor decay, or small holes in your teeth.

Speaking of fillings, most dentists used to use silver fillings or dental amalgams. Nowadays, you can choose different materials for your fillings. Due to personal preference, some people prefer silver fillings for their teeth.

But do dentists still use silver fillings?

Although there are many options available, some dentists still use the traditional material for fillings, which is silver or amalgam. In fact, don’t be surprised to know that there are many dentists or patients in developed countries that prefer silver fillings over other materials.

There are many reasons why amalgam restoration is still available in many clinics or hospitals. Before we dive in deeper, let’s take a look at what dental amalgam is.

What Is Dental Amalgam?

Amalgam or silver fillings have been used in dental practice for more than 150 years. Basically, they are made from a mixture of silver, tin, mercury, and copper. It is estimated that the composition of elemental mercury in silver fillings is around 50% of their entire weight.

Mercury has the ability to hold the other metal elements together in creating a strong amalgam so it increases the malleability of the silver fillings to bind with the cavities, holes, or tooth structure.

In fact, the Canadian Dental Association also approved the effectiveness and safety of using amalgam as fillings based on recent scientific evidence. To debunk the myth that silver fillings are harmful, we must first understand how dental amalgam works.

How Does Dental Amalgam Work?

The mercury in silver fillings binds the other metals such as silver, copper, and tin. They are mixed together in a small capsule before being applied to the targeted areas on your teeth. The dentist will also exert an extra force to avoid any gaps while simultaneously condensing the amalgam.

Once dentists have finished setting the fillings, you won’t find any liquid mercury or trace of metals in your mouth.

One of the main reasons why silver fillings are harmless is because the mercury used in this procedure isn’t the same as other mercury found in seafood, fish, and other chemical compounds. Mercury can be found in three categories, which are elemental mercury, methyl mercury, and inorganic mercury.

All mercury being used for dental amalgam is elemental mercury that can be converted to mercury. Meanwhile, mercury found in fish is organic mercury known as methyl mercury.

The Pros and Cons of Using Silver Fillings

If you’re thinking of replacing your fillings with dental amalgam, you have to look at the pros and cons of using this type of material. Although the decision is yours, asking for opinions from your dentist is always a good thing.

Here are some of the advantages and disadvantages of using silver fillings:

Can You Choose Other Types of Fillings?

Nowadays, your option isn’t limited to just one type of filling. Depending on your budget, health, age group, or even your personal preference, you can choose other materials for your fillings.

There are three popular fillings that you can find at your dentist’s clinic:

Also known as the “white fillings”, composite resin is the most common material being used in dental fillings. This type of filling is made from a mix between plastic and ceramic compounds.

Most composite fillings are used for the front teeth because they can easily blend with the natural color of human teeth. But they can also be used for molar and premolar teeth.

When composite fillings were first made, they weren’t durable enough to be used for molars and premolars. But today, more improvements have been made to increase its strength and durability.

Unlike silver fillings, they aren’t sensitive to changes in heat and won’t contract or expand over the long term. Composite fillings also cost more than dental amalgams. So, if you’re looking for something pleasing but durable, go for this type of filling.

Porcelain fillings are made from a combination between non-crystalline glasses, oxygen, and silicone. They can be shaded to mimic the milky color of the natural teeth.

Unlike composite fillings and dental amalgams, this type of filling is catered toward people who are looking for aesthetics more than the overall function. So, they are much more expensive than your normal fillings.

Gold fillings are top-tier dental filling that is as expensive as porcelain fillings. Depending on the amount being applied to your teeth, it might cost more. Due to the nature of this expensive metal, they are as strong as silver fillings. With their high durability, gold fillings are able to withstand heavy force from chewing hard foods.

They can also last between 10 and 15 years. However, like silver fillings, they don’t look natural and are not aesthetically pleasing as composite and porcelain fillings.

Should You Replace Your Silver Fillings?

If you currently have any silver fillings on your teeth, there is no need to replace them. Dental amalgams are perfectly safe and won’t jeopardize your oral health over the long term.

You only need to consider replacing your fillings if they are worn out or they are causing pain on your gums, nerve, or any parts around your tooth and mouth.

If you don’t prefer silver fillings, you can go with other high-quality and flawless materials such as porcelains. But if you are on a budget, the composite resin is good enough to cover the cavities on your teeth for many years.

No matter which materials you choose, your dental hygiene should always come first. Brush your teeth, floss them at least once a day, and visit the dentist twice a year. The better you are at keeping your teeth clean, the more money you will save from doing all the fillings and other dental treatments. 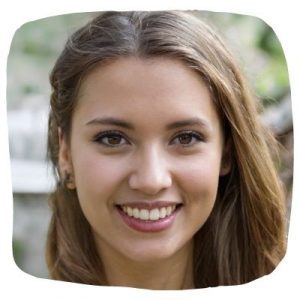 Grace Anderson is a health and fitness enthusiast who loves spending her time in the outdoors. She’s especially fond of hiking, biking, and absolutely loves obstacle course races. She’s currently learning all she can about nutrition and hope to become a certified nutritionist or personal trainer in the future.